R. Buckminster Fuller: THE HISTORY (and Mystery) OF THE UNIVERSE

On Saturday, July 28th, BMCM+AC hosted storyteller, folklorist, and performer David Novak in R. Buckminster Fuller: THE HISTORY (and Mystery) OF THE UNIVERSE, a two hour long one-man-show written by D.W. Jacobs in which Novak fully embodied the late Buckminster Fuller, delivering a fictionalized version of one of Bucky’s famous lectures. The show was as all-encompassing as Bucky’s ideas, spanning from musings on Bucky’s early childhood as a visually-impaired, extremely curious little boy, to sweeping spiritual ruminations on love’s expansiveness, the mystery of consciousness, the theory of “ephemeralization,” (the process of doing as much as possible with as few resources as possible), and the awe-inspiring symmetry of shapes in nature. In the Q&A following the show, Novak noted that Bucky thrived in his well-known lecture circuit, during which he traveled the world to commune with a wide range of deeply engaged audiences. Novak and D.W. Jacobs created the show with the goal to sustain Bucky’s spirit and inspire future generations with his ideas. This is fortunate, because in our contemporary moment, Buckminster Fuller’s call for us “to make the world work for 100% of humanity” is vitally needed.

David Novak as Buckminster Fuller at BMCM+AC on Saturday, July 28

Buckminster Fuller dedicated his life to this goal. He was unquenchably interested in almost everything, but his work primarily took on the form of socially grounded architectural design, creating innovative solutions to global problems involving housing, energy, and poverty. He called himself an “anticipatory design scientist,” and his ideas largely preceded the modern environmental movement. He is most famous for the geodesic dome, which has been produced over 300,000 times worldwide, a structure he originally attempted to erect at Black Mountain College during the summer of 1948. During this initial attempt the structure collapsed, leading Bucky to refer to that particular project as the “supine dome.” But if we examine his legacy more broadly, his true impact can be felt resoundingly across the globe, in the work of today’s most innovative environmentalists, designers, scientists and artists — all those whose life’s mission is to create a more equitable and sustainable planet. 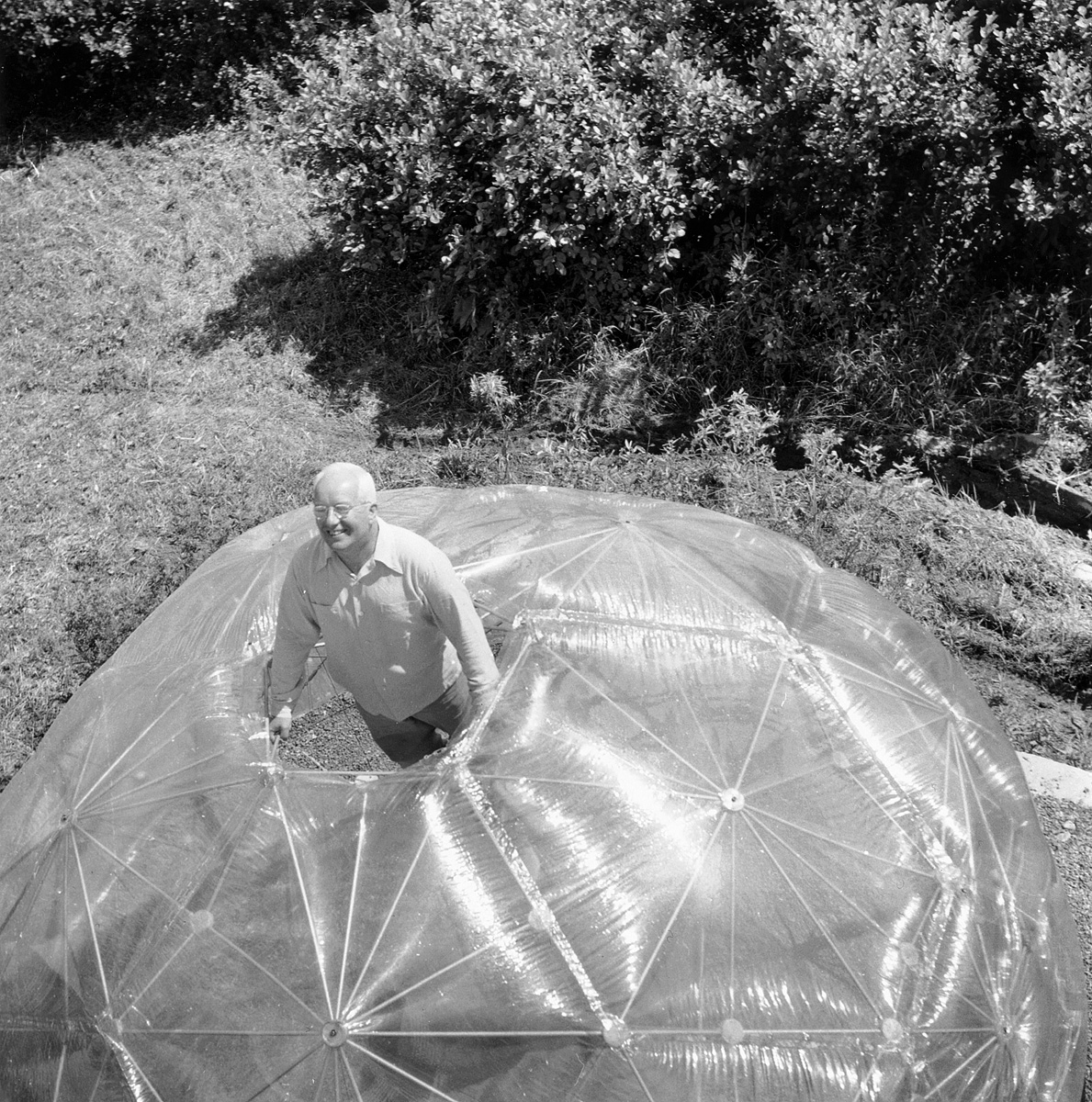 This was an important performance preceding our move to 120 College Street and a new era in the history of Black Mountain College Museum + Arts Center. In our mission to embody and extend the legacy of Black Mountain College’s influential innovators and inventors, shows like this one refresh our sense of purpose and redirect us to what is most important about our mission. In our efforts to keep the spirit of such figures as Buckminster Fuller, John Cage, M.C. Richards, and Jacob Lawrence alive today, we are working to reaffirm and extend their messages to the world. Bucky’s overarching goal of resource conservation and equitable distribution is becoming ever-more relevant today, and the legacy of Black Mountain College reminds us to continually innovate, creating fresh solutions that work for everyone. Our current time requires a great deal of creativity in addressing what is wrong with the world. Inspiration is an alternative to despair, and on Saturday night the audience left enlivened and inspired to take on today’s most pressing challenges. We are grateful to D.W. Jacobs and David Novak for bringing Bucky’s spirit into the room with us.

In the Outlaw Area – 1966 New Yorker Feature on Fuller