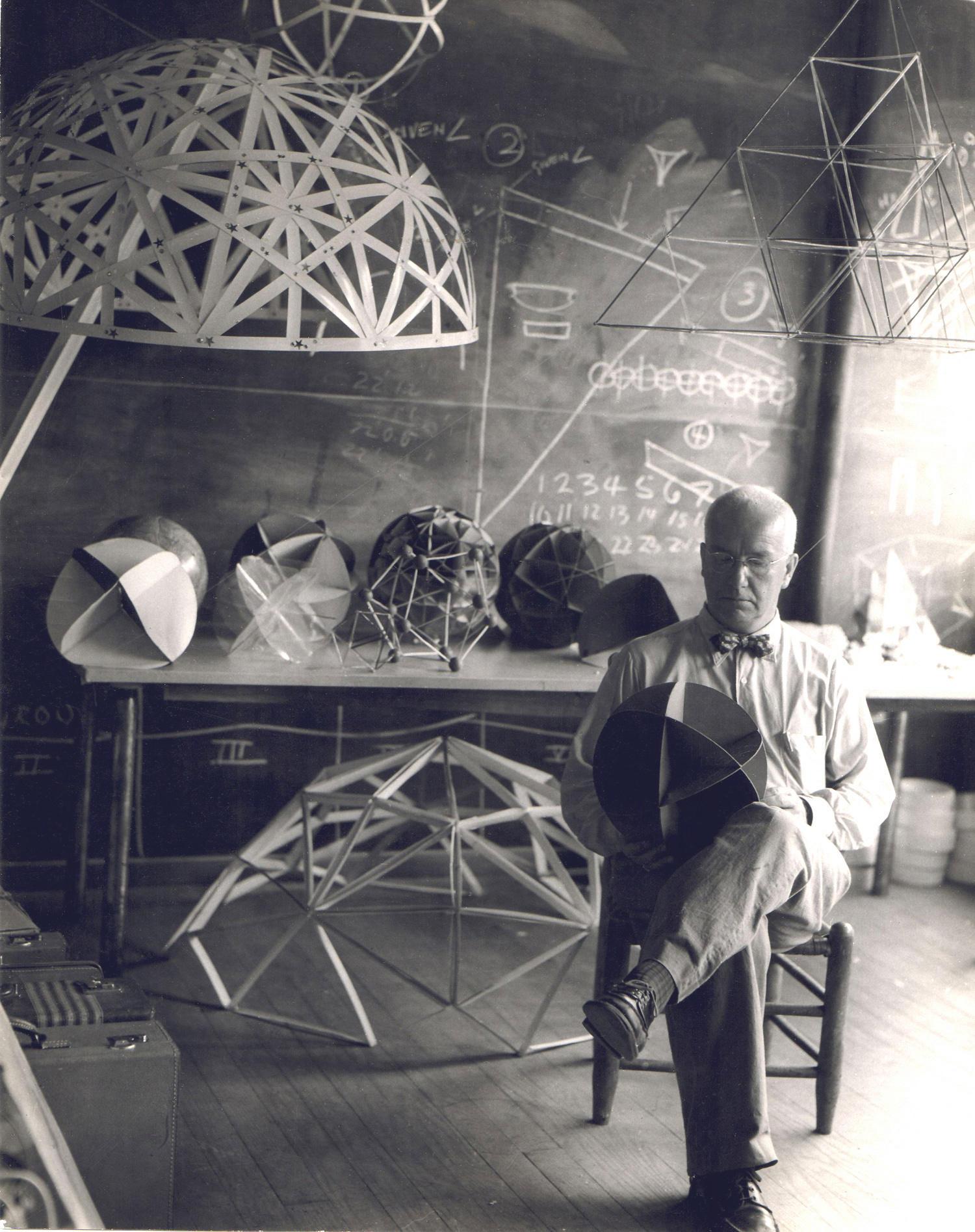 R. (Richard) Buckminster Fuller was an architect, inventor, author, and theorist. His work primarily took the form of socially grounded architectural design. Calling himself a “anticipatory design scientist,” he conceptualized imaginative solutions to global sustainability problems. He is most famous for his geodesic dome, a structure which has been produced over 300,000 times worldwide. Fuller originally attempted to erect the dome at Black Mountain College during the summer of 1948, though the structure collapsed, leading him to nickname it the “supine dome.” Fuller also popularized the terms “dymaxion” and “spaceship earth,” and his philosophies have gone on to influence environmentalists, designers, scientists and artists across the globe.

As a young man, Fuller was expelled twice from Harvard University and went instead to work at a factory in Canada where he became fascinated with machinery. He served in the Navy from 1917 to 1919 and was then nominated to receive training at the U.S. Naval Academy. He founded a construction company with his father-in-law James Monroe Hewlett, but the company failed in 1927, leaving Fuller unemployed. After becoming a recluse for two years, he went on to create innovative architectural designs from the Dymaxion House to his famous geodesic dome. He first taught at the Black Mountain College during the 1948 summer session and returned to direct the 1949 summer session, inviting colleagues like Emerson Woelffer and a group of Chicago students including Masato Nakagawa to attend. Fuller was a highly influential presence for Ruth Asawa and Kenneth Snelson, both Black Mountain College students and sculptors. 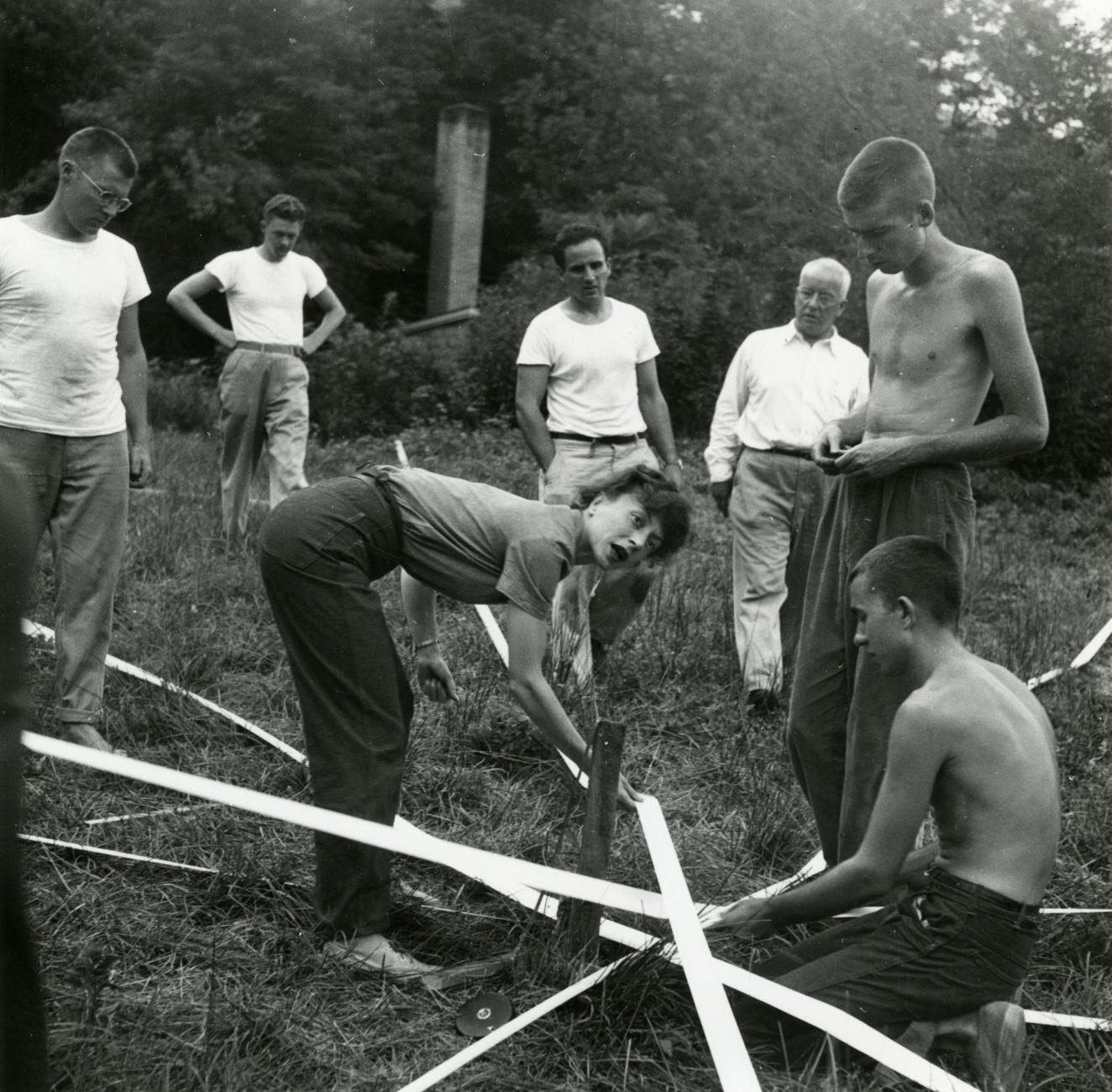 Back to I AM A CITIZEN OF THE WORLD